We all know by now that belgians can't form governments. We also know their most famous landmark is a little guy that pees in public. And we also know that children don't like brussels sprouts.
What we do forget is that they are our very kind southern neighbours with funny little accents and some really great artists and fashion designers.

But what about belgian men? This one is called Thomas Vanderveken. My television-hunk and my reason to tune in to "Vlaanderen Vakantieland" every saturday-afternoon. Then there is Staf Coppens, Peter's crush for the last ten years, which he only could admit to a few years ago when Staf was old enough to be likable. Then there's Staf's brother Matthias Coppens. Hard to admit, but cuter than Staf. Even covered in mud he's sexy. Here you have the brothers together, see for yourself which one you like the most. And finally there is Mr. Universe Tom Nuyens. Easy on the eyes and earned that title for a reason.

I can think of some other names, but the one thing I noticed is that belgian guys are camera-shy or don't know how to upload photo's. Hard to find on the internet!
Geplaatst door daan op Wednesday, March 26, 2008

Some of the images on this blog were taken from the Internet and I do not claim ownership over them. The images remain the property of their respective owners and/or websites.
If you are the legitimate owner and would like to have your images removed, please email me... and the material will be removed immediately.You can mail me at: zephyr1974@hotmail.com.

Wanna make a comment to a post?
Please do it in english, so everyone can understand it. 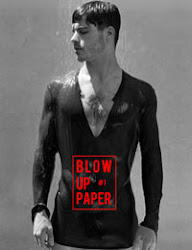